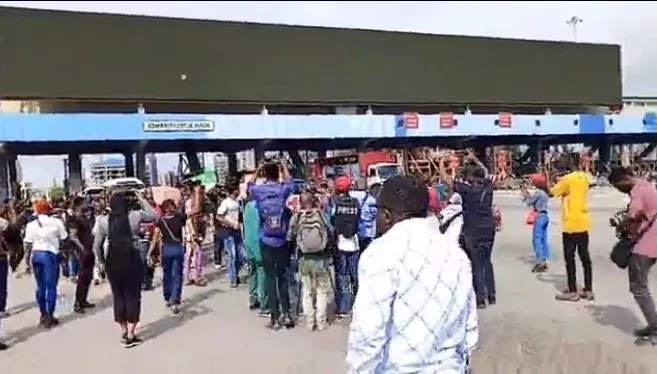 Lagos State Police Command has said those arrested while participating in EndSARS memorial arrested on Thursday, October 20, at Lekki tollgate have been released.

Lagos Police Public Relations Officer, Benjamin Hundeyin who described those arrested as “troublemakers”, said they were kept in police custody but were later released when normalcy returned.

Hundeyin also claimed that the police were there to provide security and ensure that the procession went fine, and only reacted when some people tried to cause obstruction to the free flow of traffic.

“A few troublemakers were identified and apprehended and kept in our custody right there on the spot, but a few minutes later when normalcy returned, they were all released, so it was part of our efforts to ensure there is no breakdown of law and order.

“Some people came out to have a peaceful procession across the tollgate and our officers were on ground to ensure that everything is fine. They provided the much-needed security, but some minutes into this, a few of those people decided to stop at the tollgate some were bringing a coffin to the station at the tollgate, and some wanted to mount the toll plaza.

“They were increasing in number and started to derail the traffic and we had to disperse them with the use of teargas, normalcy returned and nobody was arrested and everything is okay right now, that is the report we  got.”

What’s your thoughts on this use the comment section below