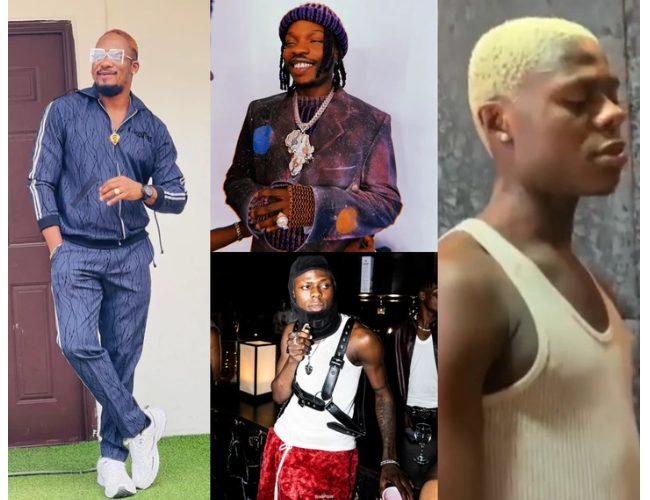 Popular Nollywood actor, Junior Pope alongside other citizens have reacted after the fast-rising singer, Mohbad got beaten by Naira Marley’s boys for attempting to exit his record label. Taking to his Twitter handle recently, Mohbad shared a video of his body which was badly bruised as a result of the beating he received from the boys who were against his move.

This development sparked several reactions online as social media users wondered why such a matter should degenerate into violence. “Just because I want to change my manager which is their brother, see what they did to me at Marlian house.” Junior Pope who gave his opinion on the issue affirmed that this is how Tupac and Biggy’s war started which subsequently ended the former’s life. “This was how the East Coast/West Coast war started; I mean Tupac vs Biggy… Easy guys.”

Check out more reactions that trailed the news below: